May 23, 2018
The sub-genre is officially called folk funk, but I think soulful folk is a better description, because there are just a few snippets of funk in this music style. As the 1960s melted into the ’70s in a colourful swirl of musical possibility, bands and singer-songwriters were experimenting with newfound freedoms. The psychedelic era had brought about many changes and much political upheaval in its wake. Discrete genres became fluid. Many acts fused different sounds together. Rock would meet jazz. Soul was mixed with psychedelia. In this fertile environment the somewhat vague yet highly prized form of folk funk emerged. Names that are synonymous with the genre are Bill Withers, Minnie Riperton and more recently the wonderful Kadhja Bonet. Her album Child Queen will be released June 8, 2018.

The track by The Clean-Hands Group is from the brand new compilation album Club Meduse selected by Beachfreaks Records co-founder Charles Bals, out on Spacetalk May 28, 2018:


For Club Meduse, Bals was inspired by countless magic childhood summers spent playing amongst the rocks, beaches and warm seas of the Cote D’Azur. The compilation, then, is a soundtrack to the greatest soft-focus, sunlit teenage summer holiday you’ve never had, with a gaggle of forgotten musicians and overlooked artists for company. 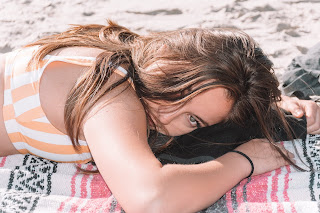 Easy going on the first episode of mellow mellow retro radio! Quite a few songs are so-called "blasts from the past", but the tracks by Yung Bae, Wizaard, Work Drugs and State Cows are brand new. Enjoy!

I chose to play Sand In Your Shoes by Al Stewart ("The summer sun beats on and on"). This is what is to read on Allmusic.com about his timeless masterpiece Year Of The Cat:
"One of those albums you can play at any time. Uplifting, melodic and, should you need it, full of engaging stories."
Tracklist: 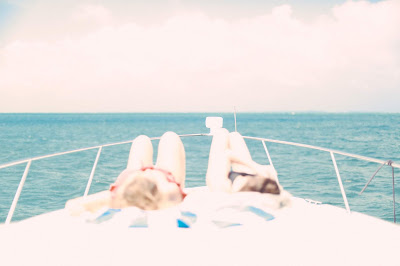 We are sailing smoothly into 2020… Enjoy the trip! 😊
American singer/songwriter Kirk Reed first recorded the West Coast gem California in 1979:
"The song is a folky groover that pays tribute to The Golden State through its imagery of sunshine and wide open roads. The original record is highly in demand among collectors." This month a great remix of the track by Shawn Lee (Young Gun Silver Fox) has been released on Believe International Records. Lee has put the song in a new jacket with added instruments and vocals, but has kept the original West Coast vibe. You can read my first impression of the remix on the official Bandcamp page.
Sheila Ferguson, Fayette Pinkney and Valerie Holiday of the Three Degrees released their psychedelic soul album Maybe on Roulette Records in 1970, after a handful of singles the years before. On the LP were covers of well-known songs, such as Jimmy Webb’s MacArthur Park, Lynn Anderson’s Rose Garden, and Sugar On Sunday, originally recorded …
Read more

Under The Boardwalk: Sixties Soul & AM Pop 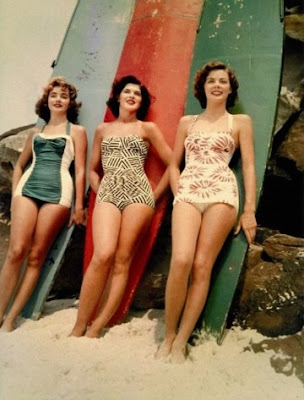 Enjoy my tribute to the powerful sound of AM radio (1960-1975)! It's music I don't usually play on Mixcloud, because normally my journey starts around the mid-seventies.

At the beginning of the sixties, AM radio was by far the dominant format. Pop music, like the powerful sound of Motown, sounded best on small portable mono radios and in Europe this type of music was mainly played by pirate stations near the Dutch and British coast. Around the mid-seventies stereo hifi-equipment replaced the transistor radio and pirate stations disappeared one by one due to government decisions. FM radio stations were willing to play album tracks and longer songs in better sound quality. AM stations, dealing with an inferior sound quality, were more tightly programmed, singles-oriented and dj's played the sort of bubblegum pop that has since become synonymous with the era (1960-1975).

This mix also refers to the so called beach music of the late fifties, sixties and early seventies. This ty…
Read more